Under The Fable - Issue One Review 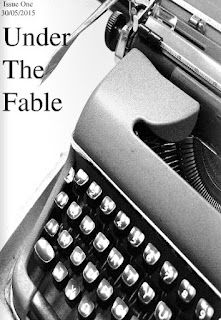 Under the Fable’s first issue was published on www.underthefable.com/the-issues.html on 30th May 2015.


Under the Fable is scheduled to publish a new issue on the last day of the month, four times a year. The months this will occur are: February, May, August and November.


That’s right! That means coming Monday Under the Fable’s second ever issue will be published on their website.


What do you mean you haven’t read the first issue yet?


Well this is your chance to be caught up on the amazing poetry and prose from the first issue to see what Under the Fable are all about.

I bet you’re wondering why Under the Fable is any different to other magazines?


Here is why I believe Under the Fable is on its way to becoming a fully-fledged magazine.


The editors are just like you. They are writers, who created this magazine for writers. They share a love for all things creative.


The editors have published at least one piece of their own work in the first issue.


For younger writers, who may be afraid their work won’t be good enough to get published, I believe this will give them an insight into what the editors themselves enjoy writing about and the style in which they adopt. This is what sets Under the Fable apart from other magazines and what I believe will help the magazine continue to grow in readers, submissions and support.

To check out the editors work, you can find them on these pages:


Every issue, each editor picks their favourite piece from all the submissions. That piece gets named their “Editor’s Pick” of that particular issue. I believe this will also encourage more people to read and submit to the magazine as it tells you more about the editors and what they have enjoyed that specific issue.


The first issue contains an interview with one of the most successful self-published authors Kerry Wilkinson. His first novel “Locked In” was number one on the Amazon Kindle chart in 2011. In 2012, he sighed a six-book deal with Pan Books to publish his Jessica Daniel series of novels.


In the interview conducted by editors Gareth Davey and Adam Ward, Kerry Wilkinson explains why he believes his self-published novels became so popular and how he went from being self-published to signing a book deal with Pan Macmillan.

I believe this interview presents young writers with a lot of information to do with writing and being published. This is just another reason Under the Fable will go on to become one of the most successful magazines in Britain.


If this is something you too are interested in seeing, then check out the first issue and look out for the second issue coming Monday, which will contain an interview with author Eva Holland!!


In an attempt to shamelessly self-promote myself, my poem “Merseyside Blitz” will be published in the upcoming issue at Under The Fable. It has also been named “Editor’s Pick” by the Creative Editor Adam Ward. It will be available on Monday, 31st August 2015 at www.underthefable.com/the-issues.html


So make sure you check it out! And of course, all the other wonderful poems/stories in the next issue.


I will be posting every Sunday, about all things to do with writing, so make sure you keep an eye out. 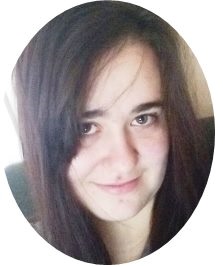 
Have something to say? Please comment below, all feedback and suggestions are welcome.
Posted by Under the Fable at 12:13

Email ThisBlogThis!Share to TwitterShare to FacebookShare to Pinterest
Labels: issue one, magazine, publishing, review, under the fable