Getting your teeth into Sara Dobie Bauer 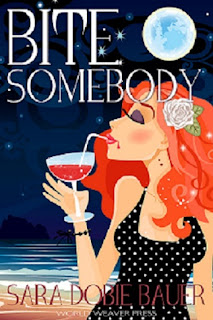 This is the wonderful cover of Bite Somebody and here is the interview with the author, Sara Dobie Bauer:

1. When writing, do you prefer seclusion, or a packed house?
Seclusion and silence. I know writers who can work while listening to music. That’s just insane to me. Oh, and I talk to myself when I write—a lot. It would be super weird for me to write in public, having long conversations with myself while using different voices.

2. What author, and their work, influenced you to become a writer?
Since I’ve been writing since elementary school, I guess we need to go pretty far back. I’d say RL Stine. I loved the conflict, adventure, and terror of his books. Sometimes, he’d even sneak a bit of teenage romance in there. I lived in his books. I spent a lot of time in my own imagination, as well. Fusing the two probably created the creative monster I’ve become, hidden away in my second floor office window where I quietly stalk my neighbors. 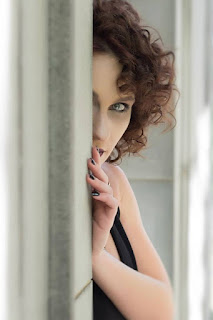 3. Besides stare at Benjamin Cumberbatch, what do you like to do when not writing?
I spend a lot of time staring at Cumberbatch. I also stare at my husband, but he gets weirded out after awhile. When I’m not writing, I’m probably reading, singing, or watching scary movies. (I love scary movies.) I also love singing the blues. Years of cigarettes and booze have given me a wonderful little rasp.

4. How much of what you write came from a real life experience? Example?
Well, Bite Somebody is very real to me because it’s based on a real place. Every year, my aunt and I take “the pilgrimage” to Longboat Key, Florida. When not baking on the beach, we drink cheap beer at a smoky bar called The Drift Inn—a locale that plays an important role in Bite Somebody. Other than setting (I’ve used both Charleston and Phoenix in stories ad infinitum because I lived in both those places), there isn’t too much real-life stuff in my work. I have a very, very active imagination. It’s very loud in my brain.

5. Who is your favorite book character? One from your books, and one from someone else’s book.
The love interest in Bite Somebody, Ian Hasselback, is one of the favorite characters I’ve ever written because he’s just so blissfully sweet, innocent, and sexy. A favorite character from someone else’s book would be The Book Thief’s Liesel Meminger. A little girl who saves books from being burnt in Nazi Germany? That’s my kind of girl.

6. I need a Bite Somebody character for each, preferably different ones, If real, what character would you:
Have a drink with? Imogene, because she’s a bad ass.
Sleep with?
Ian, because he’s gorgeous and very, very good in bed.
Push off a balcony? Dr. Savage, because she’s snooty … although she’d live because she’s a vampire.

Here is a little bit about the author:
Sara Dobie Bauer is a writer, model, and mental health advocate with a creative writing degree from Ohio University. She spends most days at home in her pajamas as a book nerd and sex-pert for SheKnows.com. Her short story, “Don’t Ball the Boss,” was nominated for the 2015 Pushcart Prize, inspired by her shameless crush on Benedict Cumberbatch. She lives with her hottie husband and two precious pups in Northeast Ohio, although she would really like to live in a Tim Burton film. She is the author of Life without Harry, Forever Dead, and Wolf Among Sheep. World Weaver Press will publish her novel, BITE SOMEBODY, summer of 2016. Read more at http://SaraDobieBauer.com.

And a little something about Bite Somebody:
“Do you want to be perfect?”

That’s what Danny asked Celia the night he turned her into a vampire. Three months have passed since, and immortality didn’t transform her into the glamorous, sexy vamp she was expecting but left her awkward, lonely, and working at a Florida gas station. On top of that, she’s a giant screw-up of an immortal, because the only blood she consumes is from illegally obtained hospital blood bags.

What she needs to do–according to her moody vampire friend Imogene–is just … bite somebody. But Celia wants her first bite to be special, and she has yet to meet Mr. Right Bite. Then, Ian moves in next door. His scent creeps through her kitchen wall and makes her nose tingle, but insecure Celia can’t bring herself to meet the guy face-to-face.

When she finally gets a look at Ian’s cyclist physique, curly black hair, and sun-kissed skin, other parts of Celia tingle, as well. Could he be the first bite she’s been waiting for to complete her vampire transformation? His kisses certainly have a way of making her fangs throb.

Just when Celia starts to believe Ian may be the fairy tale ending she always wanted, her jerk of a creator returns to town, which spells nothing but trouble for everyone involved. 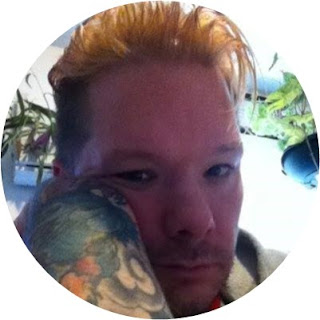 Join in the conversation by commenting below, or twitter #UnderTheFable