Crushed is the third novel written by author Denise Greenwood. As a thriller, Crushed is a shift away from Denise Greenwood’s first two books Temptation and Star Keeper which are contemporary fiction. Denise Greenwood stated, ‘After writing my first two books I was drawn to my darker side and although it was initially an exploration I now find it is where I belong.’ She is currently working on a new novel as well as promoting the release of Crushed.

Crushed is available in Ireland, however it will be released in the UK early into 2016. Nonetheless, it will become available as an e-Book for Kindle, Nook, Kobo etc. over the coming few weeks. When I was given the opportunity to read Crushed for review, I jumped at the chance to delve into this psychological thriller. I was not disappointed either, this novel was a delight to read and I found it to be a welcoming change from the usual university readings that I have to do. Usually, I do not have much time to read anything else however I was determined to read Crushed.

The novel begins by introducing the protagonist, Barrington, who seems unlike many typical fictional characters. The novel progresses from Barrington’s childhood into adulthood, however right from the start we can sense that something is not right with him. He shocks his teacher and classmates with his actions, however we can put down his behaviour to his dysfunctional family life. His mother is more concerned about appearances, his father is concerned with his work and other women. Small instances such as viewing his father’s infidelity add to the instability of Barrington.

Right from birth, Barrington has been isolated, but spoiled. The one place he finds his solace is in his treehouse where his repressed desires and emotions come to light. He is consumed by his new compulsion, to hear fragile bones being crushed. Elspeth, the girl with the red hair, becomes his first human victim.

After fourteen years, he encounters another girl, Caprice, who also has red hair. She brings back countless emotions and memories that Barrington had repressed. However, instead of acting upon his desires and making her another of his victims, something shocking happens. He takes her to his home. Caprice challenges Barrington in ways that are unthinkable. She pushes his boundaries, defies his rigid routines, strict perspective and limited patience. Barrington’s break to his schedule leads to resurfacing memories and we learn more about the past fourteen years. Caprice is running from a tormentor, however Barrington is unaware of this.

Although Barrington is a complicated ‘hero’ to say the least, the main antagonist of the novel, Judith, is someone actually loathe. Barrington may have committed some unspeakable acts, however Judith is the real life villain that everyone has encountered. She is a carer next door to Barrington, at a nursing home. Not only that, she’s a massive busy-body! She watches Barrington and comes to unsettling conclusions about him. She’s bitter, nosey and spiteful. She even goes to extreme lengths of following Caprice and pretending to know Barrington, in order to learn more about him.

However, through Caprice, Barrington manages to perceive himself the way others do and learns to control his actions and emotions. Is she the one to save him? What is Caprice’s secret? If you want answers, you know what to do! I thoroughly enjoyed this novel and I can guarantee you will too – especially the ending! I also interviewed Denise Greenwood so why not check that out! 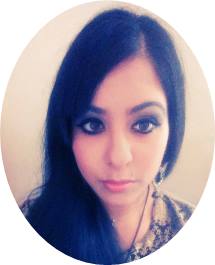 www.underthefable.com
Posted by Under the Fable at 07:25