The Curse Known As Writers Block


Don’t you hate it when people tell you writer’s block doesn’t exist? Because frankly it makes me want to scream. If those people have never experienced the complete mental block when you sit down to write, then good for them, but don’t invalidate somebody else’s struggles. So if you’ve ever met someone who’s said something like that to you, then ignore them, because it is a thing and you shouldn’t feel bad for experiencing it.


I can’t tell you the amount of times this has happened to me. Most of us have been through it, even those of us who aren't writers and are just trying to write an essay. It’s something we torture ourselves with.


You can be so determined to get something down on the page, then you either end up writing a massive amount of horse crap and deleting it all. Or you continually stare at the screen as if expecting it to write something for you and then you get pissed off when it doesn't.


Come on. Admit it. You've done that one before.


If you ever feel like you have writers block and no solution is coming to mind, then here are my tips for getting through it:


·        The important thing to remember while you're pulling your hair from its roots is to look after yourself. You're no good to anyone, let alone your writing if you don’t.


·        Make sure you have some sort of station around you where you can get refreshments. Whether that's your kitchen or a coffee shop or even an asda.


·        Figure out what your "motivational" drink is and make sure it’s on hand during your writing process.


·        There is nothing worse than sitting in a crowded room, full of people talking or screaming or just you know, generally breathing in your direction. At least for me that’s the worst thing.


·        It's important to find the best place for you to work. Mine is in my armchair at home. If somebody’s in the room and I can’t have complete silence I put my headphones on and block out the world with some music while I write.


·        A writer once told me he does most of his writing on the train as it’s impossible to do it at home with his kids. If that works for you, then great, but it needs to be somewhere you’re entirely comfortable and a place you feel you can block out the rest of the world while you write. 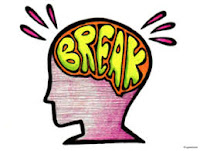 
·        I cannot stress this point enough. Breaks are essential to life. Ever heard the human brain can only concentrate for 20 minutes? Whether or not you believe this, I think to some extent this is true. It doesn’t have to be 20 minutes, it could be 60, or 90, but eventually your brain will be getting distracted.


·        There's no point sitting at your desk, slamming your head against the table for 10 hours because you can't think of anything to write. That's not going help anyone, and let's face it, you'll go to bed with a massive headache.


·        Even if you give yourself a half an hour break every few hours, this is guaranteed to help you feel a million times better. Your motivation gets restored and you return to your work with a clearer mind.


·        Sometimes even a power nap can help and if you're like me and can't sleep in the day, then even just lying in bed and closing your eyes for half an hour can work wonders…just…set an alarm to be sure you don’t fall asleep for the next 12 hours.


·        This is the problem most people will have. Sometimes an idea for a story or poem will pop into your mind and you’ll write furiously for hours. And sometimes nothing comes to you at all.


·        So here’s what you do to get your creative juices flowing. First: create a characters backstory. Ask yourself 20 seemingly unimportant questions and answer them as your character. You may just discover something interesting about them.


·        And if not, then at least you will have been exercising that creative brain of yours. Not everything you write has to be publishing standard. That's what editing’s for!


·        Sometimes the problem isn't just getting something on the page but perhaps you’re struggling adding to a story or poem you've already been writing. Sometimes what you add a day after that burst of inspiration can seem like crap compared. If what you’re writing doesn’t seem to work then stop. Stop trying to add to it, because it just might not be your day.


·        Distance yourself from that piece and move onto something else. I'd say a good week or two before you even consider returning to it, because a fresh and clear mind is always a better one.


·        There’s no point adding to a good story with a crap ending. Wait until the inspiration comes to you and then milk it for all its worth before it disappears again.


·        You're in the business of writing now. You’ve got to learn when to fight and write and when you need to let it go. 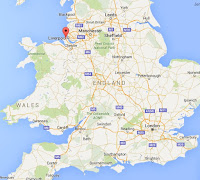 6. Stick to your roots


·        Sometimes, when the ideas just aren't flowing, it can help by going back to your roots. Instead of trying to write a novel set in the nineteenth century, focus on something more contemporary. Where are you from? I'm sure that place has an accent you can exaggerate.


·        For me, as I am from Wirral, we are often associated with people from Liverpool. I like to call some of us the "wannabe scousers" the really over the top girls with the fake tan so fake they can blend into my garden fence. This is something I love to play with. I pick people I knew in the past, who were like this and I really exaggerate their personality.


·        This has helped me to write some of the best stories I've ever written and I've enjoyed it so much more because I know it so well. I've lived with people like this my whole life, so it’s more familiar to me than anything else.


·        So remember, stick to your roots, because there are things you know about your town, and the people in it, that other writers will probably never know. 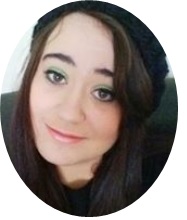 www.underthefable.com
Share your thoughts below.
Posted by Under the Fable at 14:35