What a Performance - Laura Taylor and Punk Rock Poetry

With performance poetry gaining more and more popular ground and taking up more and more of a prominent role in my life, I will be dedicating a few blogs in the upcoming months to interviewing and profiling some stand out performers. This time, punk rock poet and local legend Laura Taylor. Laura has been fighting the good fight through poetry and performance since 2010 and, in her own words, 'speaks of love and politics, injustice and hypocrisy, of barking dogs and making space; equality for all'. There is nothing I can add to this interview to make it any better, so here it is.

When did you first get in to poetry?

In 2010. Unlike many other poets I know, I haven’t been writing poetry since I was a child.  I’d read a bit of Paradise Lost about 20 years ago but nothing else.  In mid-2010, I went to a mate’s gig, and one of the support acts was a poet.  She recited some of her poems and I became emotionally overwhelmed by her words, sat in the darkness, choking up.  I’d never seen anyone do this before, and I left the gig thinking “Wow. I’ve got things to say, too”, so I started writing. Took a while before I grew to appreciate anyone else’s poetry.

Who would you say your biggest influence is?

Me. Seriously. I haven’t got a poetic influence. I didn’t think I liked it before that gig! I’d enjoyed the little bit of Paradise Lost, but it wasn’t influential at all. I thought poetry was elitist and ‘not for the likes of me’. If I have any influences at all, they’re musical or biblical.  I write very naturally in rhythmic patterns, so much that it drives me mad sometimes. I read the bible for the first time a few years ago, after being raised as an atheist, and was knocked out by it. I’ve ransacked it quite a lot since then.

What connects performance poetry and politics? 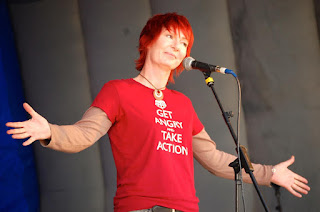 I firmly believe that poets are as important, if not more important, than historians. We analyse and document the times we live in.  We read between lines, look further and deeper than the surface ‘reality’ that is presented to us by Authority; by schools, the media and government. We get up on stages to deliver the alternative news, and usually find a very receptive crowd of ears, with the odd delightful Tory self-combusting in the front row.  That’s always a lot of fun haha!

What is the best feeling you have when performing?

It’s great getting a big laugh, breaking the ice right at the beginning of a set, but my absolute favourite feeling is getting the whole room engrossed in a poem, to really feel the words and emotions, especially in a pub or bar where there’s always noise. When I feel them getting there, I lower my volume even further. Take it to the point where everyone stops breathing almost, hanging on each word, each nuance, each pregnant pause. You look around and the room is all big eyes, and you’re big-eyes back at them, and it’s incredibly intimate and hugely powerful. And then at the end, the room erupting. It’s almost orgasmic in its intensity.

Do you prefer reading poetry or watching poetry being performed?

I like both equally.  I don’t feel any division or hierarchy in the creation or the reception of either. That being said, I’d sit through a performance for longer than I would sit and read poetry.

Do you think enough poetry is taught to our children?

Hmm – quite a problematic question for me, that is! I have no idea how much poetry is actually being taught in today’s schools, and I don’t remember much from when I was there.  I’m not sure what you mean by ‘taught’, either. Do you mean how to write to form? Or being exposed to? Study? Analyse? I’m probably the last person to ask because I hated school, and think the way they’re run is really very blunt and brutal. I dropped out of O Level English Literature, despite having a natural ability for literary analysis, because of my intense opposition to being force-fed the Western literary canon. The kids in the so-called ‘remedial class’ got to read Kes, which was an amazing book, chockfull of the kind of culture and class that I lived in. We had to read Shakespeare off the page, and because this was the 80s under Thatcher, and my family were skint, I couldn’t attend the plays which might have brought it all alive to me. 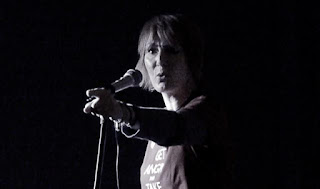 How has your upbringing influenced your poetry?

In every way possible. Poets mostly write about their own lives, and bring excruciating honesty and their own truths to their writing. That’s why it connects, that’s how other people identify with it. Other people don’t, won’t or can’t say it to themselves, but when we say it for/to them, they know they’re not alone.

I had a difficult childhood in many ways, and tend to explore the world from the perspective of the underdog. I’ve spent my life challenging arbitrary forms of authority, and will continue to question inequalities and bigotry until the day I die.

Should John Cooper Clark be a knight of the realm?

No – I don’t believe in monarchy or any of its honorary titles. They mean nothing to me, apart from conferring undeserved, unearned, and un-elected status on a person. He might quite like it though. You’d best ask him. He’d probably run with it eh, just to take the piss!

He knows what he’s done for us, for working class poets – given us a voice, a place at the table. If I was him, I’d be bloody overjoyed with that knowledge alone. That, to me, is real status.

Brilliant. If you need further convincing, you can catch Laura at Hartley’s Bar in Wigan on the 22nd November or click here for her Write Out Loud profile. 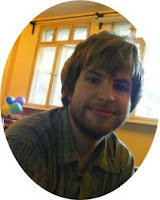